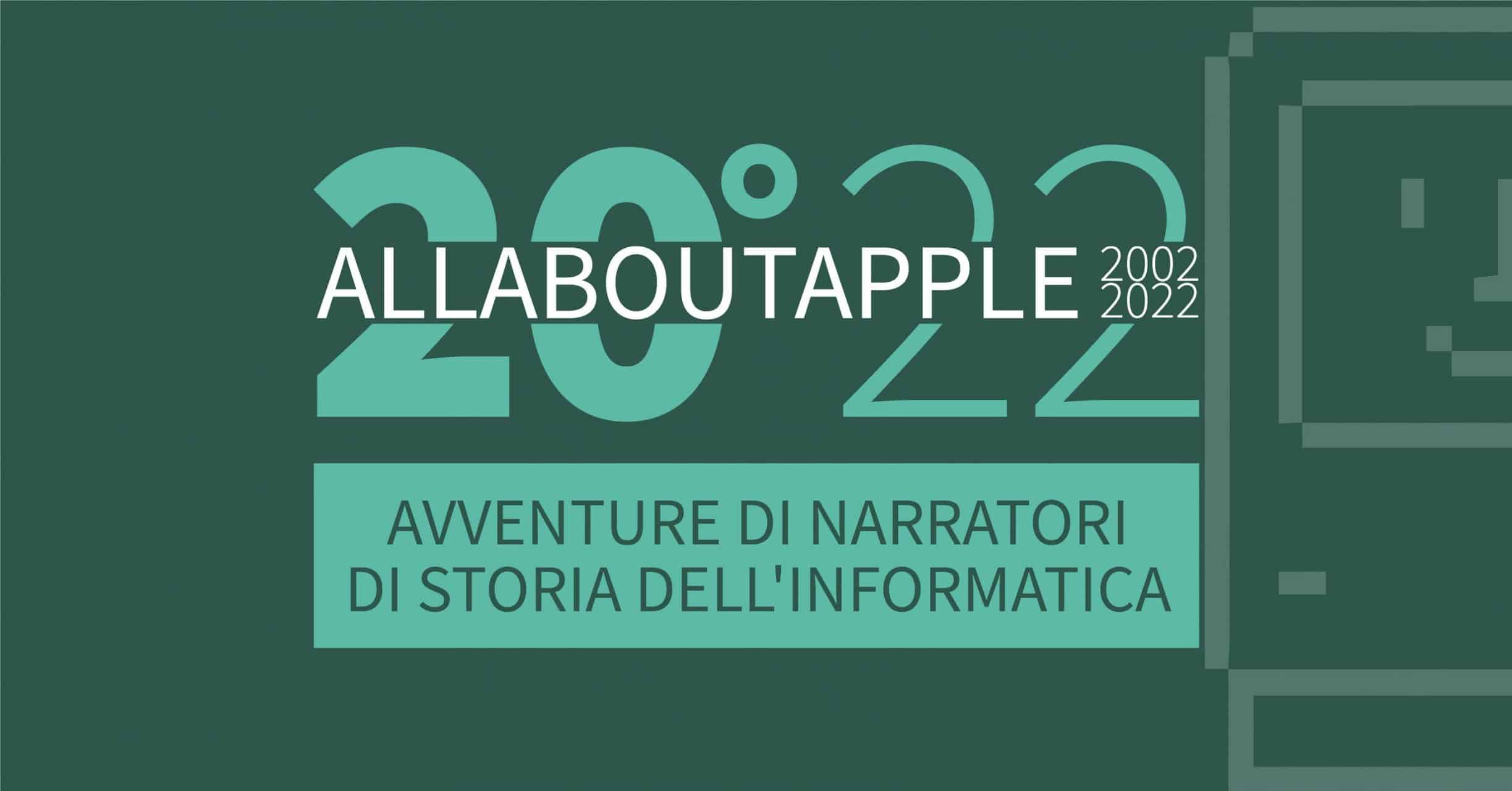 By All About Apple10 October 2022No Comments

All About Apple Museum celebrates its first 20 years with a special event on the eve of World Steve Jobs Day.

The year was 2002. Jobs had only been back at the helm of Apple for five years and had revived its fortunes with the success of the iPod. At this ‘non-suspicious moment’, well before the introduction of the iPhone and iPad that would bring the Apple company to the notoriety it enjoys today, a museum was founded in the province of Savona to preserve and tell the story of Apple, through the collection and public display of all its products.

With an initial fortunate finding of material, the initiative took shape as the All About Apple ONLUS association and quickly became an international reference for Apple’s history with a unique collection, recognised in its value by the Californian Apple itself.

After Jobs’ death in 2011, on the wave of media hype, others took similar paths. All About Apple has retained its unique and unaltered characteristics: a non-profit, volunteer organisation that tells the story of all computing by preserving a relevant piece of it and, above all, by exhibiting working and usable computers to visitors.

On Saturday 15 October, the museum opens the doors of its premises at the Darsena in Savona to celebrate its first twenty years of activity. A day dedicated to All About Apple’s mission: to make everyone participate in the history of computing. From 3 p.m., with the complicity of experts and protagonists of the narration of the digital revolution, we will talk about universal machines and books, Apple, Steve Jobs, but also the first Italian calculators built by the University of Pisa and Olivetti. We will discuss how history is told through archive research and autobiographical testimony, but also by mixing it with fantasy in the novel and cinema.

With the constant contribution of the De Mari Foundation, the Savona Port Authority, the support of members and companies in the area, and the unceasing work of volunteers, the Museum continues to grow its expertise and its collection.

The collection of more than 10,000 items stored in the warehouses (waiting and hoping for new spaces to be found to display them in their entirety) is the largest known to date and continues to attract donations. Among the most recent and important is the entire collection of the private museum “The Apple Museum” in Boston which, having had to close down, has chosen All About Apple as its heir.

The day, with free admission, will end with a celebratory dinner together with the authors of the books, the founders and experts of the museum. The dinner is chargeable and reservations are required. The proceeds will be used for the museum’s statutory purposes.

15:15 IT Stories
From the Liber Abaci to the Universal Machine, by Giovanni Cignoni

16:15 20 Years of All About Apple History
Why an Apple Museum in Savona, by Alessio Ferraro and Andrea Palermo

17:00 Stories to be told
conversation with Mauro Cuomo, author of the autobiography ‘In viaggio con Steve’ and Maurizio Gazzarri, author of the novel ‘I ragazzi che scalarono il futuro’ and the essay ‘Elea 9003. History of the first Italian electronic computer’.

18:30 History puts on a show
When cinema and computing meet, by Marco Fanciulli

The event is realised in collaboration with Progetto HMR and La Feltrinelli Point Savona, with the contribution of the Fondazione De Mari and the patronage of the City of Savona.

AAAllunati: the white night of All About Apple on 20 July

All About Apple
EventsNews
26 January 2019

Art at the museum: Andromeda by Rob Brading

All About Apple celebrates its 10th anniversary with “Apple Generation”

This website uses cookies to improve your experience while you navigate through the website. Out of these, the cookies that are categorized as necessary are stored on your browser as they are essential for the working of basic functionalities of the website. We also use third-party cookies that help us analyze and understand how you use this website. These cookies will be stored in your browser only with your consent. You also have the option to opt-out of these cookies. But opting out of some of these cookies may affect your browsing experience.
SAVE & ACCEPT
Powered by